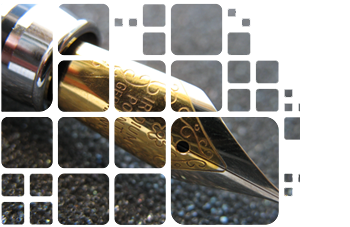 Attorney at Law Shlomi Weinberg, the firm’s founder, is one of the known litigators in Israel in the field of Defamation and Slander. Some of the cases represented by him were reviewed and discussed in the printed and electronic media. As a result, Attorney Weinberg was nominated to the position of Chairman of the National Defamation and Slander Committee of the Israeli Bar Association. This followed a term as the Chairman of the Slander and Defamation Committee of the Tel Aviv and Central District, considered to be the largest district with the most influence within the Israeli Bar Association.

Attorney Weinberg authored a book on the subject – “A guide to Defamation and Slander Lawsuits”. It is the most comprehensive, up-to-date and widely distributed legal book to be published in recent years. Since publication, the book was referenced and quoted in numerous decisions and rulings, dealing with Defamation and Slander, given by the Magistrate and District Courts.

Our firm’s Defamation and Slander services include, and focus on representing and providing consulting services to the following:

The Shlomi Weinberg Law firm represents, after review of suitability, clients who are interested in immediately and urgently removing or banning slanderous publications, by submitting the appropriate and required requests for injunction and Court Orders to the Court. During the last few years some of the firm’s clients were duly compensated by the opposing party during such procedures as well as a result of settlements and as the result of verdicts given in these cases upon completion of the legal procedures. Simultaneously, lawsuits of defamation and slander served against our clients were rejected by the Courts, during various phases of the legal proceedings.

Attorney Shlomi Weinberg regularly lectures at conferences, seminars and workshops in various forums. During the last few years, he has further extended his involvement in the field of Defamation and Slander by publishing and editing several research papers on the issue of compensation by law, by means of the Defamation and Slander Act, which have received considerable recognition.

Among the firm’s activities in the field of Defamation and Slander are representation of high profile business corporations, who are in severe disputes with their competitors, parent or subsidiary companies, or their employees in Defamation and Slander cases. We provide these services to elected officials and civil servants who were wrongly slandered as a result of their actions in office or position.

We represent private clients, as well as plaintiffs and defendants in Slander and Defamation cases resulting from web based publications.

In the Book of “Proverbs” it is written that “life and death are in the power of the tongue”. As such, even one slanderous phrase or expression, and even more so a false statement published in public, may determine a personal or professional fate and cause undue harm to the recipient of the slander or to his or her family. As such, Defamation and Slander legal proceedings carry unique attributes, both in the substantive law and in the legal proceedings. Due to the unique attributes of the field, it is best for the legal counsel dealing with the case, to seriously consider each and every phase of the proceedings, and to ensure, as far as possible, complete transparency with the client regarding the case, while sharing with him or her the considerations involved in making the ongoing decisions in the case.

To contact and get legal advice from attorney Shlomi Weinberg, fill out the form:

Send us a message

WhatsApp
Hello, we are here for any question, feel free to talk with us
Menu